This is one of the greatest baby pics ever: 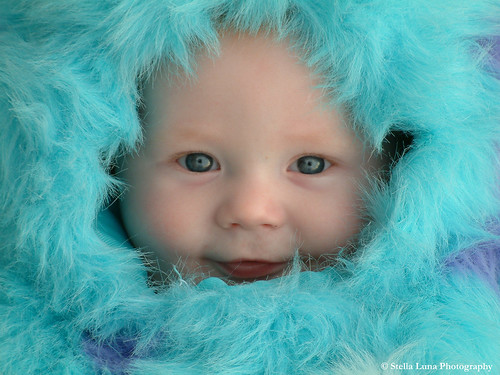 DIY is a four letter word

By PAgent
We bought our last house in Eugene when it was two years old. It was my dream home. Aside from the vaulted ceilings, oak woodwork, huge kitchen, and location at the edge of the woods, it had another advantage: It was only a couple of years old.

That meant that the wiring worked, the plumbing worked, no dry rot, new appliances, etc. etc. etc. There was still plenty to do, don’t get me wrong, but mostly having to do with esthetics, or landscaping. We didn’t have problems with the infrastructure of the house.

When we moved to Portland, and dropped from two incomes to one, we couldn’t have a nice new house on a hill on the edge of town. We had to get what we could afford. And in the insane real estate market at the time, we had to settle for what we could get. We made offers on five different houses before we actually got the one we bought. It was forty-five years old. Since our purchase, we have:

In most of these cases, this was not a case of ‘wouldn’t it be nice’, it was more a case of ‘we have to fix that or it will fail catastrophically at an inconvenient time’. Except for the heating and cooling system, which actually DID fail catastrophically at an inconvenient time, and the insulation in the crawl space. Once you find out you have rats in your crawl space, you get pretty darn motivated to clear them out as fast as possible.

In almost all of those cases, we hired professionals to do the work. We did this because we have no time and no skill for such things. But every now and then, I actually try to Do It Yourself.

Security experts say that the door leading into your house from the garage should be one of your defensive strongpoints. This is because once someone gets into your garage, they are unobserved and can apply themselves to getting that door open at their leisure. When we moved in, I noted that our door to the garage was an interior door, hollow-core, with no deadbolt. It didn’t even have weatherstripping, which meant that an arctic blast shrieked under it all winter. It’s bugged me since we bought the house, but it’s always been a low priority (see the above list).

However, the door failed catastrophically over the last week, to the point that it would no longer stay shut. In response to my fuming about this, my wife pointed out that she just pushed a shoe against it to hold it closed. I had had enough, and decided to replace the door myself.

Again, we usually hire a professional for this sort of thing, but I was lulled into a false sense of security by internet articles with quotes like “most of the difficulties in installing a new door have been eliminated through the use of pre-hung doors”. So, the plan was to purchase a pre-hung exterior door, put it in place, hammer it in, and done. Easy as pie.

I should point out that my do-it-yourself projects usually proceed through the following phases:

The door project started out innocently enough. Friday night I made all the necessary measurements. Saturday I got up early and headed to Home Depot to buy materials. After prying the old door out, the new one slid nicely into the gap. Huzzah! All that was required now was to shim it, fasten it in place, and install the lockset. I would be done by dinnertime.

It turns out that shimming a door so that it remains plumb and square is something of an arcane art form. Try as I might, everytime I tried to put a shim in place, the frame would get torqued so severely I couldn’t even close the damn door. When I reached the point that I was actually hurling shims across the room, I decided to let it rest overnight.

Sunday, I began to absorb the finer points of shimming, and with frequent references to both my carpenter’s level and my carpenter’s square, I began to secure the doorjamb to the frame. By dinnertime I was installing the lockset, which went gratifyingly smoothly, except for the chiselling necessary to install the deadbolt pocket. By the time I went to bed, the door was installed, locked, and ready for insulating and replacing the moulding. It’s true that the upper left corner of the door does rub the doorframe a bit. And you have to lift UP on the doorknob to get the door to close easily. And the door frame isn’t quite flush with the sheetrock. But in any case, it’s a vast improvement over what used to be there (see “rationalization”, above).

And to my long-suffering wife, I honestly don’t know why I react so negatively when you helpfully suggest I ask someone for help. After all, I already had a vasectomy for you, so I don’t know why a metaphorical castration should even bother me. It’s just an idiosyncracy of the male psyche.

Posted in FYI | No Comments